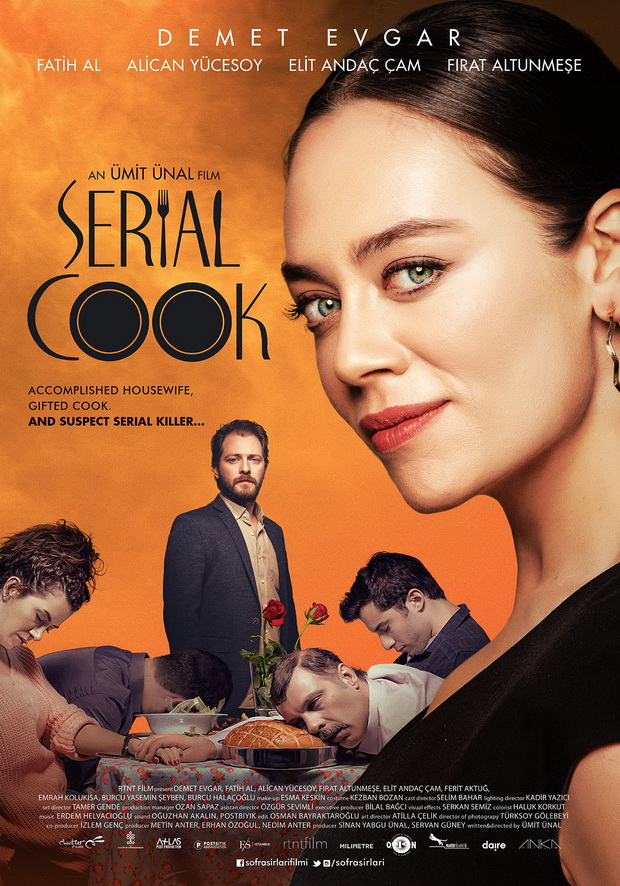 Daha/ DIR: Ümit Ünal/ Turkey / 2017 / 103 min / Language: Turkish with English subtitles
FILM DESCRIPTION
Meet Neslihan!
Accomplished housewife, gifted cook. And suspected serial killer… Neslihan is a devout housewife. Born and bred in Istanbul, she spent most of her married life in Anatolia’s provincial towns due to the nature of her husband’s job. She is shy, but amiable, and a terrific cook. When the town is plagued by a number of mysterious deaths, Neslihan becomes suspect number one. The newly appointed deputy officer, a young, clever and ambitious man who has had professional training in the US, feels there is a link between the murders and Neslihan, but fails to find sufficient evidence. Neslihan keeps cooking the sheriff’s goose by playing the role of a slightly mad, quite innocent woman every time she’s about to be busted.
CAST & CREW
Directed by Ümit Ünal
Featuring : Demet Evgar, Fatih Al, Alican Yücesoy, Fırat Altunmeşe