Ayse returns to her hometown in northeastern Turkey to nurse her gravely ill mother. Before she dies, Ayse’s mother leaves Ayse her much loved beehives to manage. There are soon problems as she starts to work with the local beekeeper. Furthermore, a bear becomes a real threat to her hives and her life. Can Ayse overcome her fear of bees and even greater fear of the marauding bear? And will she save the remaining hives?

Ayse (Meryem Uzerli) returns from Berlin, where she had been living, to her family home in the eastern wilderness of Turkey’s Black Sea region to see her ailing mother, Cemile (Sennur Nogaylar). It is Cemile’s dying wish that Ayse stays to take care of the family business – beekeeping. This is not something Ayse wants to do. She prefers her city life, knows nothing about beekeeping and is actually terrified of bees.

However, she agrees to stay on – for a while. She has a problem with her sister Mine (Burcu Salihoglu) who is jealous of her. The two sisters barely speak. Under the guidance of the family beekeeper Ahmet (Hakan Karsak) she overcomes her fears and gradually learns the craft. The Caucasian species that is predominant in the area is also fragile, so she introduces a more robust English queen bee, to the vehement disagreement of Ahmet. One night a bear attacks the colony, destroying many of the hives. The bear returns a second night, destroying more hives. When the bear comes back for a third time Ayse is ready for it and shoots it. But bears are a protected species and her act is illegal. When Ilker (Feyyaz Duman), who works for the local government learns of this he is terribly upset. He has followed this bear for years and considers this his life’s work.

But things get worse. As Ahmet had warned, the two species cannot co-exist. Ayse  returns to the bee farm to find there has been a war. Half of the bees are dead. The rest have flown away. They have left empty hives and generations of the family business with no honey to sell – honey that had long been considered the best in the region.

Realizing that she has messed everything up, Ayse visits Ilker in his office. This is  a man with whom she has developed a friendship, perhaps something more. She  confesses that she killed the bear.

Knowing there is nothing more for her in this remote village she packs her bag and  drives off for the airport. But something makes her turn around and finds, to  everyone’s astonishment, bees have returned. As Ilke later says, “Beekeepers do  not choose the bees. It is the bees who choose the beekeeper.” 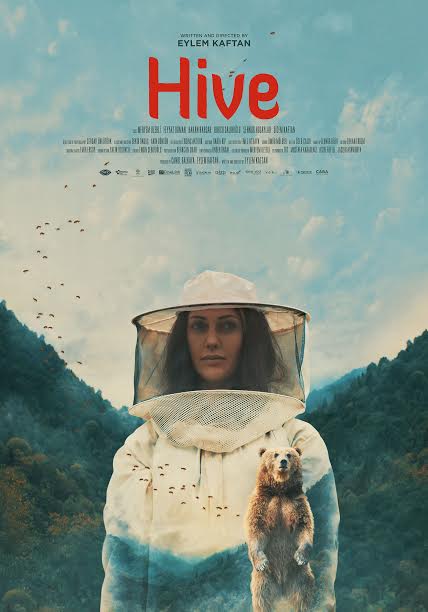