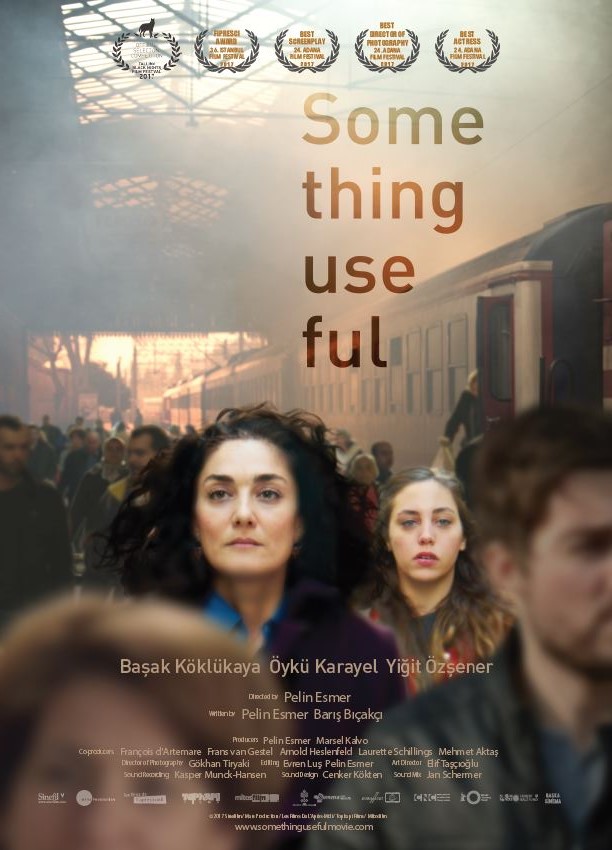 FILM DESCRIPTION
Leyla (42),Following a serendipitous meeting on a train through the rugged Turkish countryside, two women unite for a journey that will offer new insight into the importance of charting one’s own path, wherever it may lead.Leyla (Başak Köklükaya) is a lawyer and a poet who has decided to attend her high school reunion after 25 years of neglecting previous invitations. Canan (Öykü Karayel) is a young nurse in training who dreams of one day becoming an actress. The two women meet on the train and quickly form a relationship as each sees something of herself in the other-women making their own way in a sometimes hostile world. Gradually, Leyla learns that Canan’s reason for travel is more momentous than previously thought: She is traveling to the home of a colleague’s friend, a quadriplegic man, to assist him in his suicide.
CAST & CREW
Directed by Pelin Esmer
Featuring : Başak Köklükaya, Yiğit Özşener, Öykü Karayel