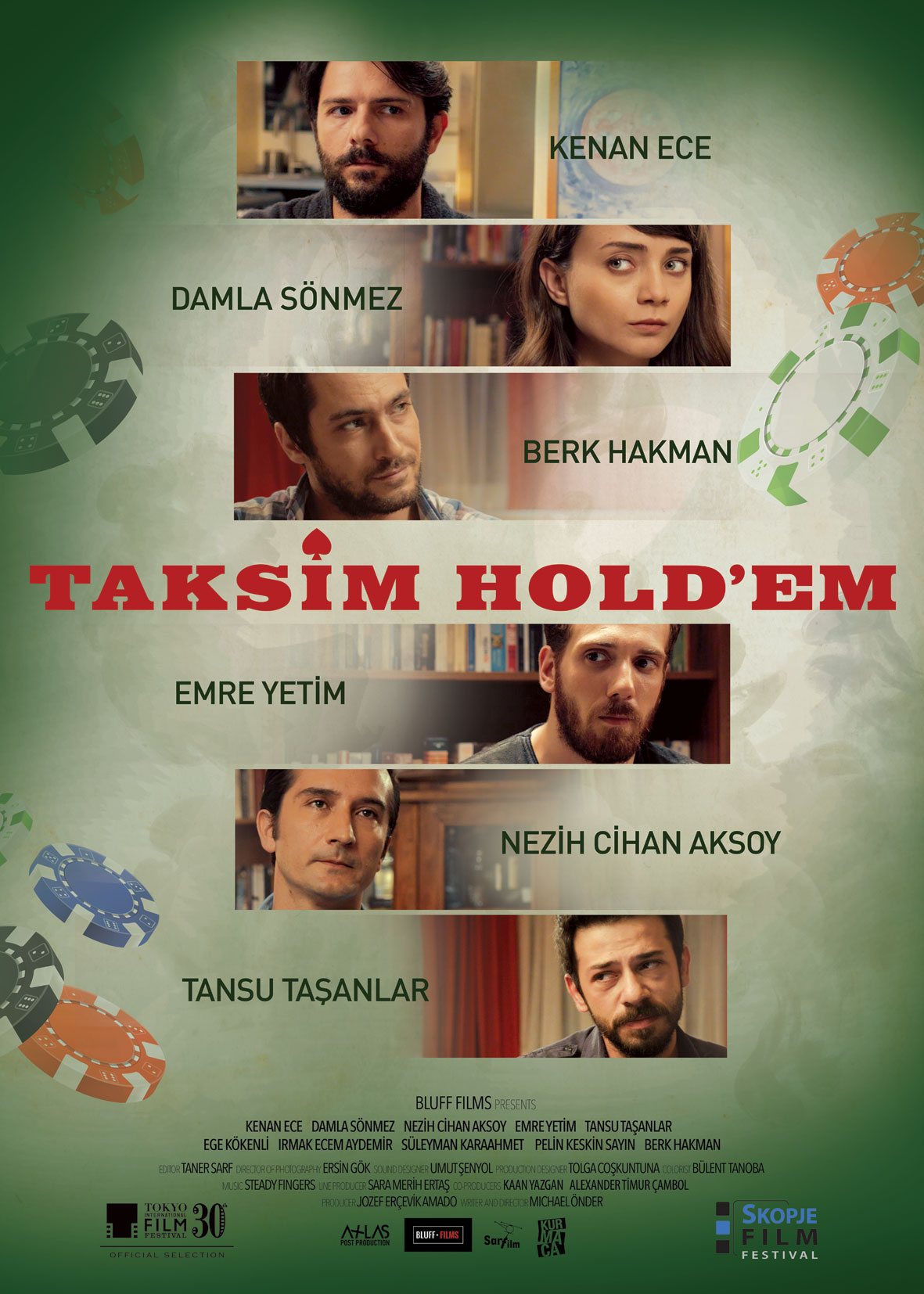 FILM DESCRIPTION
On a Saturday night in Istanbul, despite the pleas of his fiancée Defne, cynical Alper refuses to join the anti-government protests happening on his doorstep. He just wants to stay home for his weekly game of poker with his regular crew of high-school friends. Alper’s game is threatened as his friends set off on a series of passionate, and at times ill-thought-out, squabbles on whether they should join the demonstrations or not. The game is interrupted when the police violently disperse the protesters outside. Against Alper’s wishes, his friends open the door to a couple of protesters who were forced to take refuge inside.
CAST & CREW
Directed by Michael Önder
Featuring : Kenan Ece, Damla Sönmez, Berk Hakman